Last year I wrote a post about the painting over of the signatures in two cabin at Sky Lake. North 2 and North 3 (Found here)

Although I had stayed in them a couple times and come to grips with the material legacy being gone, part of my held out hope for my favorite cabin South 2. 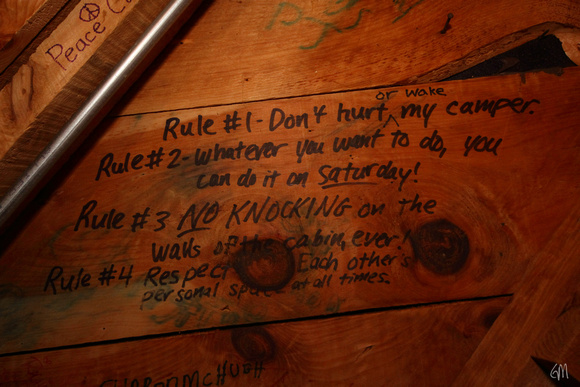 Now South 2 has had a bad rap over the years. It was known as the bat cave when I was a camper. Some people may find it malodorous. To me personally it was the complete embodiment of my time spent at Sky Lake. I have shared weeks there with some of the most amazing people I have had the joy of crossing paths with in my life. I may have even shared a kiss with the woman who became my wife on the porch of the cabin. (shhhh don’t tell I think its against the rules.)

I had found out that painting of the cabin would be a Saturday where I was already booked. I made hasty plans and went up the friday evening to document the walls. Now seeing the signatures and pictures on the walls on the cabin I admit was really awesome. I was transported to those days  of music, laughing and the occasional (frequent)  fart joke. The truth is though that I remember those experiences even without the physical reminders. Sky Lake is more than signatures on a wall or the buildings. The memories we create with the people we meet last a life time. My wife laughs  when we visit because I have a story about everywhere on the property. The hill where the counselor had to get stitches while using a slip and slide.The place where the whole camp spontaneously started singing Build Me Up Buttercup. The memories are everywhere, you simply have to think back into your mind and retrieve them. 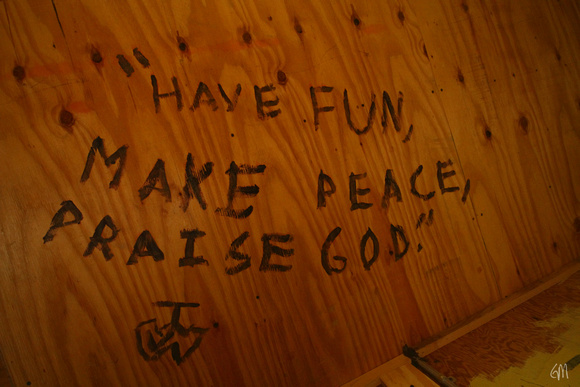 We cannot get hung up on the physical and material reminders because just like us Sky Lake is ever evolving, every new person leaves their mark on it. We all shape it while we are there and sometimes even after. This summer marks the 10th year since I was a camper, its sad because camp looks a bit different than when I went there. The grounds look a bit different, but listening to the current campers and staff (some were campers when I  counseled.) laugh and tell stories I know that although the physical structure may change, the effect it has on the people blessed enough to experience it stays the same. 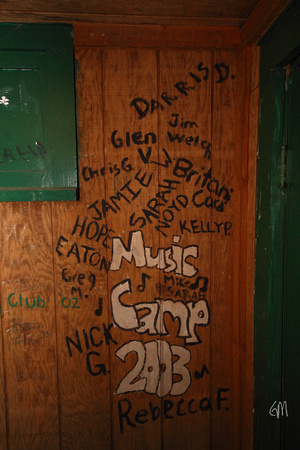 In ending this final chapter I have to say watch out Sky Lake, my son Gavin will be coming in about 6 years, you have been warned….