The Story Behind Hope

I wanted to take a minute and explain not only the story behind my Hope gallery but also the reasoning.  The story begins well before my camera was stolen when I was a wide-eyed, newly married teacher. 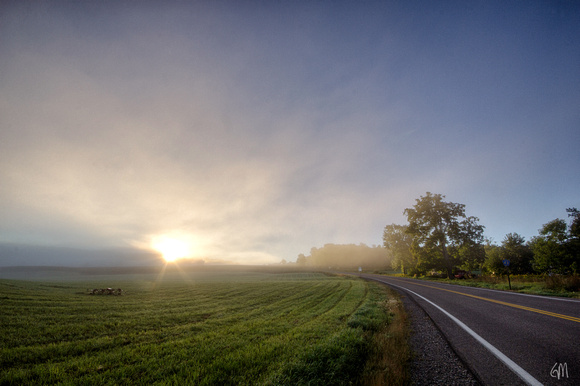 The story truly begins in 2010 when I landed my first full time teaching job. It was with the therapeutic boarding school for at risk youth. I was excited and nervous at the same time. It was a hot and humid July day when I showed up in my suit and tie to start shaping impressionable lives. I soon realized that they would also shape my life. I was very over dressed as the week I began working there was their summer break. Kids were playing guitars, throwing Frisbees and there was a pretty intense volleyball game going on. That first day was pretty good, even being over dressed and sweating profusely because of the heat, nerves and those wool suit pants. I had never worked directly with that population before. I quite frankly never knew anyone with any addictions. During my time there I began to truly see the devastating effects of addiction on these kids, their families and even the staff. I taught English, ran the tutoring center and taught photography. It was teaching photography that I really started to understand these “troubled” kids. Watching them learn the basics and then see the products through their eyes was one of the joys of my time there. I was sad when I left after a year, and I left because I was burnt out. I left because I wanted to do more than I could.

In the subsequent years I have kept in touch with some of the students I had as well as my co-workers from that time. One of the things I have learned is that addiction is vicious disease. It can wreak havoc on anyone, it cares not of gender, race, religion or income. I have lost former students to overdoses and suicides. I have former students in jail and still in its sinister grip.

Fast forward to my camera being stolen. A side effect, as you can call it, of rampant addiction in a community is property crime. This is because this disease is all consuming, their only concern is getting money for their next high. I had moved into a new neighborhood and was lulled into a false sense of security and after getting home late one night I left my camera locked in my car. In the morning to my shock the camera, lens, flash were gone and my wife’s car had been gone through as well.

I was originally enraged by this, how dare someone steal from me. I was also mad at myself for leaving my prized possession in my car. After I took care of the paper and called the insurance company I began to realize that was not simply my problem. It wasn’t even county or statewide. Addiction is a national issue. I began to think of way to help.

I could have easily raised money to buy myself new camera gear, that would have been logical and no one would have blamed me. The thought crossed my mind, but I had insurance and I knew even though it wouldn’t cover it all I’d be okay and back to shooting. I decided to find a way to help fight the addiction epidemic. I friend put in contact with a fantastic organization called Truth Pharm. They are a local non-profit that’s goal is to fight addiction and raise awareness to the problem.

With their blessing I began to Hope Gallery on my website. It started as a collection of images from the last week I had my camera. I have since expanded it to pictures I have taken with my new camera. All the proceeds from the gallery will be donated directly to Truth Pharm. I will keep adding images and promoting this gallery to do what I can to help their cause.

I did not create this gallery to promote myself, I did it for all those who have lost their battle with addiction. I did it for the families that have lost someone. I did it for my students who are no longer around, whose lives were cut short and for those who are still fighting. I did this to try and give a future to those who may feel hopelessly tied down by their addiction.

I did it to promote Hope.

For more information on Truth Pharm and how you can help please see their Facebook Page and Website: