So I have been wanting to go to Chimney Bluffs State Park for a while. this may be because I have yet to go to the ocean with my trusty Canon. I finally got the chance this pas April and it was a good time.

I decided to go in the afternoon on April 12. I wanted to try and get the sunset over the lake and the bluffs. I packed up my son Gavin because my wife was working and headed to my parents because they so graciously offered to watch him in the short time between my wife getting out of work and me heading up there. I know some out there might say "why not take him with you?" I was going to but I had never been there and well was not sure how infant friendly the trip would be. As he gets older I plan on taking him to lots of fun places and teaching him to shoot as well. Now back to the story at hand.

I hit the road with my Rebel T2i and my full assortment of lenses and P series filters. It wasn't a bad trip but I still do not like how the highway is set up in Syracuse. Made it to the bluff trail parking lot. First I set out along the water, it was not a sandy beach but rather rocky with an interesting assortment of rock colors. Walked along and shot a bit. It was nice wind was blowing the small waves were crashing.

Next I decided to head up the bluff trail. I had seen on the map there were stairs going to the train, so i thought cool this should be too bad, wrong. It was 7 steps and then a very steep trek to the top. Once at the top I sat down and took in the view high above the lake. It was very peaceful. Walked along the edge just taking everything in. Nice and peaceful.

After traversing down the trail i decided to check out Sodus Point and the two light houses. The modern one was nice out on the peer and so I decided to try and shoot using my infrared filter. This isn't usually a problem but I do have to turn off the autofocus once I screw the filter on because it looks nearly black. Shot an 8 minute exposure and decided to check out the old light house. Drove over and shot that very neat place with good views.

As it was getting late I headed back to the bluffs. I started shooting the sunset and waves and it was nice...

...until I realized my autofocus was still off, lot a couple pictures, but managed to get some keepers.

The drive home is another story I do not want to get into right now.

All in all it was a good trip I recommend anyone who may find themselves in the area to check it out.

Oh yeah here are the pictures 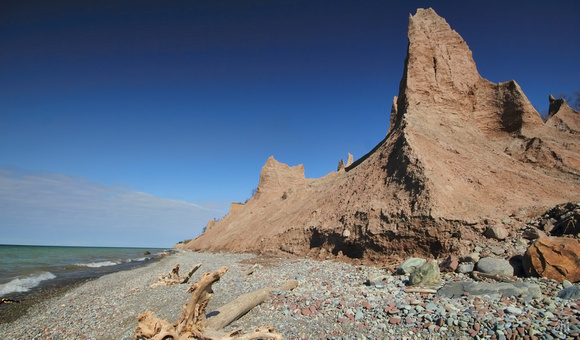 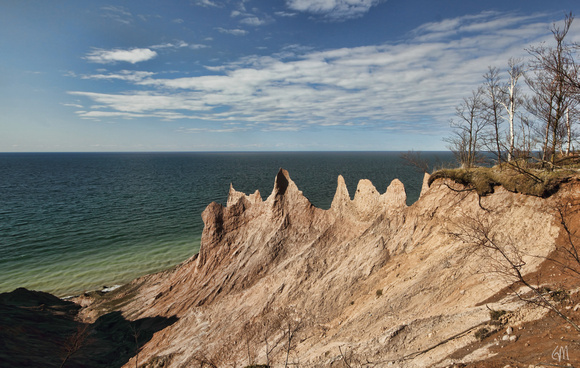 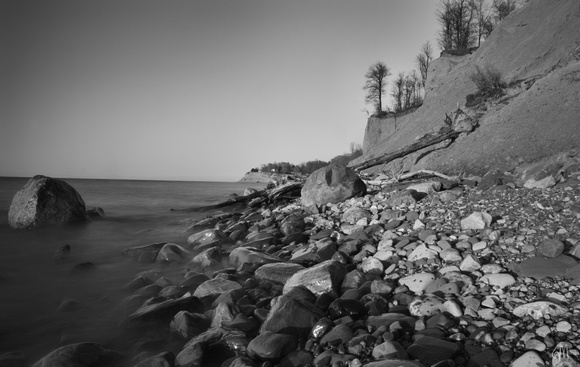